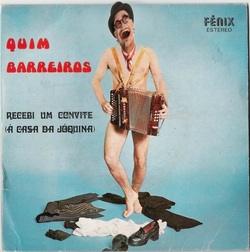 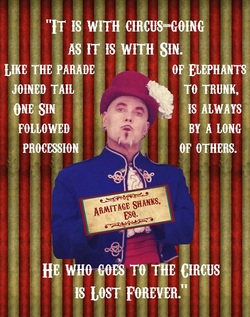 He was the co-founder and Ringmaster of Circus Contraption, a one-ring traveling circus at the forefront of the “New Circus” movement. (www.circuscontraption.com)

He has a starring role as “Johnny Valentine” in the upcoming feature film, “The Burlesque Assassins”.

Armitage Shanks is the co-author & director of The Handsome Little Devils, "Squirm Burpee- A Vaudevillian Melodrama", which was performed in November 2010 for a three week run "Off-Broadway", at the New Victory Theater in New York City's Times Square Theater District.

He has directed and co-authored Zero Boy’s, “A Trip To Coney Island With Uncle Zero Boy”, as well as sold-out shows for Can Can Cabaret, including “Viva Oz Vegas” and “The Breaking”.

He is the artistic & show director for the School of Acrobatics and New Circus Arts (SANCA) annual gala, “Up, with a Twist”.

He is also a Teaching Artist with Arts Corps, a non-profit organization that provides quality arts learning opportunities to youth, regardless of resources or income. 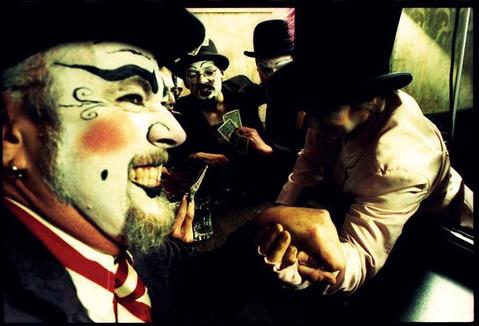 "A voice like honey-coated gravel. He was a sinister and louche presence, who put some sex in the air."- DAN SAVAGE

"One of the darkest-hearted comperes on the burlesque circuit- not only a biting ringmaster but a unique singer as well".
-TIME OUT LONDON 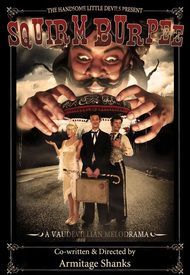 Armitage Shanks' directing process saved us years of work, developing our show as well as a strong ensemble relationship. He brought our troupe to a new level of professional creativity and theatricality. Indispensible!"
-The Squirm Burpee Circus

"Armitage Shanks is an entertainer to be reckoned with! He has the dark, satirical humour of a traditional, twisted ringmaster; the bold energy, charm and wit that could give any contemporary comedian a run for his money; and the true showmanship that will guarantee to keep the show flowing, and command the attention of the crowd to run with it. He is your quintessential compere for any occasion."
-Chrys Columbine, UK Burlesque Starlet 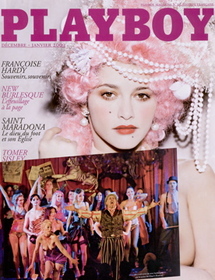 Featured in the January 2009 issues of PLAYBOY France and Italy.

"A Victorian Music Hall barker, Armitage Shanks, struck just the right tone. He was a sinister and louche presence, who put some sex in the air".
-Dan Savage, THE STRANGER, SEATTLE

"The magical and enchanting Armitage Shanks guided us through the Amsterdam Burlesque Festival. He sang, joked and regaled the audience- touched and amused, they couldn't hold back from clapping, cheering and shouting their hearts out."
-Queerlesque Magazine, Germany